Fuel for Traders from a New Kind of Coffee

Much has been said in the past about how bad coffee is for you. If you ask a selection of friends, you’ll probably find that there are a decent number who say they try to limit the amount they drink and some who completely refrain from consuming coffee. But coffee is having a bit of a comeback because there are supposedly a number of health benefits to balance its negative effects, not to mention the energy kick it can give you. But maybe there’s a better way to enjoy the benefits.

During 2015, I spent 6 weeks working on a project over in the US. The problem I had though, was that I still had trading-related commitments in the EU morning session a couple of days a week – i.e. in the middle of the night for the US.

The constant schedule changes from one day to the next really hit me, but I wouldn’t know just how hard until I returned to the UK. Over the coming months, I’d start the day slowly, become notably lethargic by early afternoon and by early on in the US session, I’d be exhausted. Often I needed to take a 30min power nap just to see me through.

I’m sure there were a number of contributing factors involved in my problem, but I was simply looking for a solution.

Coffee – The King of Kicks?

Early in my career, I used to drink a lot of poor quality coffee at work. Something in the order of 5-8 decent sized cups of strong instant coffee per day. Pretty revolting looking back at it now, but I know why I did it – to give me the buzz I needed to stay sharp for the markets and it did do that. But aside from needing to pee a lot, it also gave me this kind of jittery energy boost. But hey, that’s what coffee does when you drink that much of it, right?

So when I was having energy issues, what did I turn to? Coffee of course.

Now the problem I had when I turned back to coffee, was that although I was drinking a way better quality of coffee than all those years ago and far less of it, I was still getting that jittery form energy and in particular, I occasionally felt odd sensations in various places in my body right after a cup. Something just didn’t feel right.

I had to see why this was and that’s when I came across the Bulletproof Exec blog. Dave Asprey’s post about why most coffee is so bad made a whole lot of sense to me. It’s because of mould toxins present in much of the world’s coffee. I’m not going to try to explain why as I’m not the expert, other than that it’s to do with the way coffee is processed. But if you’re interested, here’s the link to that post.

Not only did Dave have an explanation as to why standard coffee was making me feel bad, but he also claimed to have the solution and one with a twist that really appealed to me. He created Bulletproof coffee, which he claimed would avoid the problems of standard coffee and add in bucket loads of extra energy too.

“Upgraded Coffee beans are mechanically processed right after picking using only clean cold water. This more expensive process is safer because it dramatically reduces harmful moulds or bacteria from impacting your health.”

What all of this adds up to is a mix that promises to be a great energy source coupled with that caffeine kick, but without the negative toxin-induced side of coffee. But it’s not that cheap to buy everything you need for this coffee, so it had better work, right?! In fairness, when you look at the cost of a cup of coffee, you’re probably going to be paying way less for each cup of BP coffee. But still…

So what I experienced was exactly this. Not only did it give me a great energy boost that easily saw me through until lunchtime, but I also didn’t get any sort of energy crash. I got a consistent flow of energy throughout the morning – great for a trader I’m sure you’ll agree.

Because it kick-starts your energy levels and doesn’t cause them to crash later in the day, this is why I really believe that Bulletproof Coffee is potentially such a great ally for day traders.

On top of this, by having it as a breakfast substitute (and for most it’ll easily give you enough energy to do so) you can also maintain a form of intermittent fasting – which more and more studies suggest has a number of health benefits.

Now I’d just like to be absolutely clear at this point – I’m not necessarily saying that drinking Bulletproof Coffee solved all of my energy problems on its own – getting myself on track with a good diet and proper amounts of restorative sleep had key roles to play – but it did profoundly affect my energy levels first thing in the morning each day. It gave me a great start each and every day. It got me fuelled up and ready to go without the coffee-related issues that led me to it in the first place.

This what I have for breakfast every morning and it keeps me going. 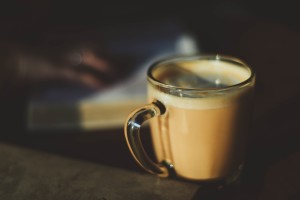 Now I’ll be the first to say my favourite type of coffee is strong and black – or at least it used to be. Bulletproof Coffee is something akin to a smooth and creamy latte – nothing like the Homer Simpson-esque buttery concoction that springs to mind. Remember that the key to this is that the ingredients are blended together and it’s this that brings everything perfectly together.

My belief is that coffee of any kind is probably not going to be great for you in excess, Bulletproof or otherwise. But then there are very few things in life that are – that’s why it’s called excess! In moderation however, such as a single cup first thing in the morning each day, there’s a good chance you’ll feel some of the great benefits of Bulletproof Coffee without suffering from the possible negative effects.

For those who are interested, there’s a great in depth Tim Ferris podcast with Dom D’Agostino about amongst other things, MCT’s and ketosis: –

Dom D’Agostino on Fasting, Ketosis, and the End of Cancer 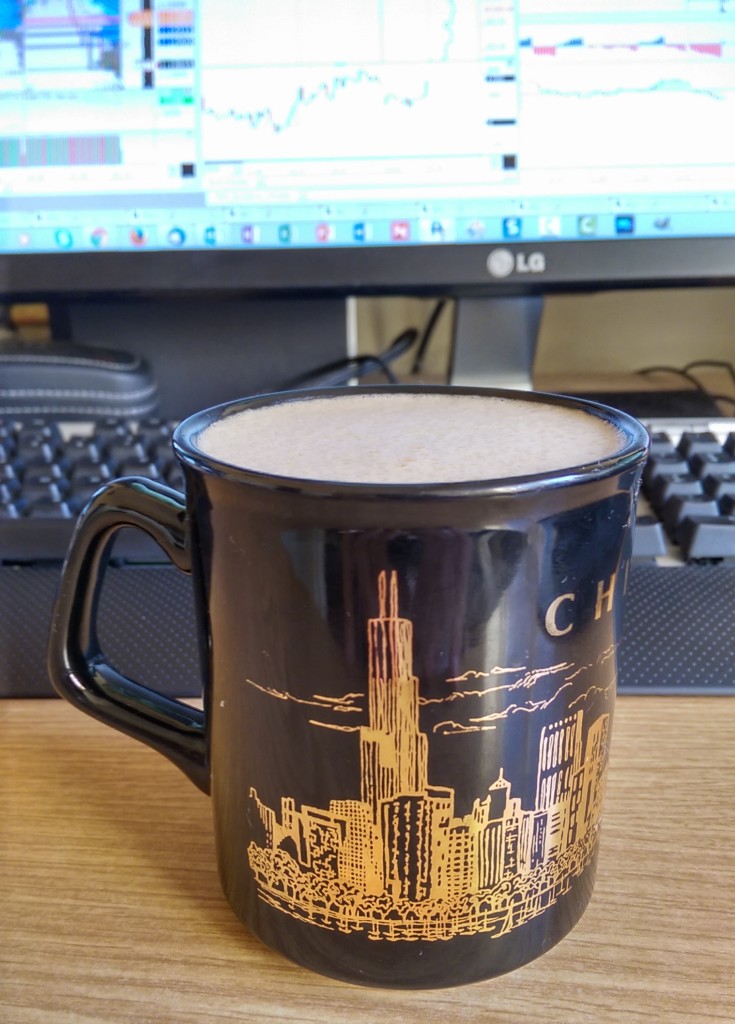